Last week, as I sat with a friend in church over some sweet time of fellowship, a thought came up that I thought would be a wonderful thing to share. We are both mission enthusiasts and so the subject quite dominated our sharing. We would wonder why it is that not many Christians are as excited about God’s command to reach the lost. Why, despite being Abraham’s descendants through faith – see Galatians 3:7-9, we hardly appear as sold out as he was for God’s glory among the nations.

O, did I just assume that we all know “therefore go and make disciples of all nations, baptizing them in the name of the Father and of the Son and of the Holy Spirit” – Matthew 28:19 wasn’t the first time the command to reach all nations with the Gospel was given? Sorry if I did. If you didn’t know, it wasn’t. In fact, hundreds, or even thousands of verses before the risen Christ could say this one had already pointed with great intentionality the children of Israel to their mission.

Abraham, widely regarded as our father of faith, was the first to receive the command in the form of a promise. The man through whom God would raise a nation for Himself also was the first to be given the purpose for which his nation would be formed. In Gen 12, right after God has scattered the haughty people who tried to build a tower at Babel all over the earth, we are introduced to Abraham. His call is marked by clear promises that state reasons for his calling – he would be blessed both with a great people and a great name, see Gen 12:1-3.

The promise closes with “and all peoples on earth will be blessed through you.” The term peoples, also nations, meant the tribes or language groups that inhabit the earth. Abraham understood that the blessing he and his people would receive; salvation that is later fulfilled with the coming of Christ, would be not just for them but for all others on the earth. This promise birthed a theme that would continue all through the Bible and ensure the seed of the woman crushes the serpent’s head – see Genesis 3:15 in all the earth.

When God asks the Israelites to “be still and know that I am God”, a favorite scripture for many of us, He does with the intention that “I will be exalted among the nations, I will be exalted in the earth” – the part we hardly ever notice (see Psalm 46:10). The knowledge of the glory of God filling the earth as the waters cover the sea – see Habakkuk 2:14, simply means worship rising to the one true God from every tribe on the earth. Isaiah 49:6, Matthew 24:14, Romans 10:14-15, Revelation 7:9, Revelation 5:9, are a few among the numerous verses that if rightfully interpreted within their context reveal the theme of mission that spans all of scripture.

Like the Israelites then, Christians today too remain a stiff necked people unwilling to obey unto the salvation of the Muslim, Hindu, Buddhist, atheist, et al from whichever tribe on earth. It is hard to understand how the very heirs of a promise can be the ones standing in the way of its fulfilment. Max Chismon of the KAIROS course makes quite a poignant statement that, “the greatest stronghold of the enemy is in the hearts and minds of God’s people!” Ugly as that may be, it should be a truth we are willing to accept.

Our preference to spend on any other thing ‘self’ than on God’s mission, to pray for any other thing personal than for the nations, and to go to any other place beautiful than to the ends of the earth filled with the broken and the wounded, is testament to Chismon’s claim. Maybe another look at the rock from which we were hewn – see Isaiah 51:1-2, just might remind us of who we are. And when we’ve known who we are, we just might remember the purpose to which we are called. 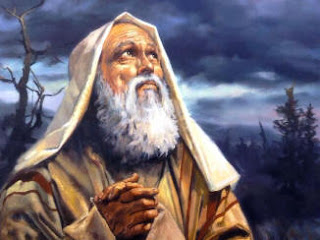 We pride in being children of Abraham. How awesome it must be to belong with a man who would believe God for a child and receive one at an age where he was as good as dead – see Hebrews 11:12. It really motivates us that we belong to a family of a man who would be willing to sacrifice the only son he had. So we tell ourselves we will trust God with such a great faith as the one he had. We hold out hope we will live when cancer strikes, and we trust for a miraculous provision when we don’t know where else that food, school fee or rent will come from. Our LORD in His goodness does come through; and O what a sweet feeling to know that we trusted and He failed us not.

If anyone will pray for a miracle and it does happen, in our eyes he is so much like Abraham. “He must have a great faith to trust God like that,” we think. But I would like to suggest there’s more to owning a great faith than performing a miracle. There is a kind of faith we are often oblivious to, and so hardly applied. I call it ‘the heritage faith’. The theology going around has separated this from what I will refer to as an ‘event based faith’. The faith most Christians know today is the faith that is occasionally called to action as need demands, and not the faith that is always in action.

I am talking about the faith that will be conjured up when lack or sickness knocks. That faith that shows up when you are called for an interview or when you are trusting for a baby. This is faith prompted by need, and is circumstantial. The problem with it is that it is almost always informed by our desires rather than God’s. The heritage faith however, is that which inherits a promise. It puts us on the path of continuing whatever was started through our fathers before us; its sight is on the bigger picture as opposed to a single event of need.

The essence of this faith is not a need being met, but a command being obeyed.

It promotes honoring a responsibility above seeking a gain. It doesn’t hail the most gifted at defying nature with jaw dropping miracles as having the greatest faith, but rather the most consistent at obeying the least of the commandments. We don’t summon it up when need arises, we rely on it. It is a lifestyle faith that would find influencing random individual events of our lives (a husband or a wife today, a job tomorrow) to be too small a thing.

Belonging to Abraham’s family of faith doesn’t mean we will all necessarily pull off the improbable like he did having a child at a hundred. It simply means we are all called to inherit his purpose to be a blessing to the nations. The problem with us is that we want to trust God like Abraham did, just not for the things he did. While his faith led him to leave his land and people for a place he did not know, ours invites us to trust God for land in the best part of the city and everything comfortable we could think of.

While perhaps his biggest moment of faith came when he held a knife to the throat of his son Isaac because God had asked him to sacrifice him, ours come when we are about to lose that relationship, job or relative and we prayerfully hold to them. Of Him God proudly said “you have not withheld from me your son, your only son,” – see Genesis 22:12, but of most of us He must be wondering how despite the much He has blessed us with, we never stop asking for more. While he committed his life and resources to fulfilling God’s command to be a blessing to the nations, we commit almost our entire lives and resources to seeing that we become more ‘blessed’/prosperous. How do we even start calling ourselves children of such a man?

We are not Abraham’s children because we can make some big asks. No, we are his children because we can obey big like he did. Our every ask, like with the heroes of faith in the Bible, should be in response to a command from God. Not a single one of them is listed there because they made the most outstanding request ever. They are there because they responded in obedience to even the most ridiculous commands from God.

Not every Christian will heal the sick for example; but we all can and should obey the command to make disciples of all nations. It is not for the few with a dramatic calling like hearing a voice or something (I never heard one myself), but for every single one who hears and reads that command like you and I have done countless times. Do not be lost in seeking highlight worthy experiences of faith and miss out on the joy of daily obeying this command, and many others in very simple ways.

Before you raise the dead, first point the living to true life

I think it would be cool to raise someone dead back to life. But I know for a fact that my faith will only raise the dead in the grave to life if it has first brought the life of salvation to the living that are dead in their sin. If we reject this command, we dare not say to ourselves that we are children of Abraham, lest out of the stones God raises up sons for Abraham – see Matthew 3:9.

There’s many ways we can get involved; we can pray, give to those who go, go to the nations ourselves, reach out to internationals around us, etcetera. You can also visit our ministry site here for more practical ideas and resources. Whatever you choose to do as a faithful response to the Lord’s command, make sure to not choose out of convenience, but out of conviction. Pray that He shows you how; and when He does, obey Him for that is faith.

I spent my birthday for my final day here on earth

Better a broken engagement than a broken marriage

There’s More to Your Fears

Is Kenya (and Africa) a Springboard for Revival?

Many Christians Don’t Believe in Heaven

The Lives That Changed Mine

Kenya: the elections and the elect

Are all Christians Missionaries?

If an interaction with me or my site were the last one you had before you die, what would be most helpful for you to hear? I live life backward - in that alone is true progress, and help others do the same.